Tata Motors just debuted an electrified version of its Nano today at the Geneva Motor Show, promising no compromises in the way it drives compared to the regular 600cc Nano. The Tata Nano Electric Vehicle (EV) will be built on the existing Nano platform and still seats four adults, but adds "super polymer lithium ion batteries" to the mix. No word on power, but Tata does promise a range of 160 kilometers (99 miles) and acceleration of 0-60 kilometers per hour in under 10 seconds. Notice that's 60 km/h, which equates to 37 miles per hour, so the Nano EV isn't going to be one of those instant torque EV drag racers like the Tesla Roadster.

Tata plans to put the Nano EV into production and sell it alongside the company's already launched Indica Vista EV, which goes on sale in Europe later this year. Development has also already begun on the Nano Europa, set to go on sale in Europe in a couple of years, so perhaps the Nano EV could join it in showrooms at launch. No word on pricing yet either, although we're guessing it will be somewhere between the bargain basement price of the regular Nano in India and the DC Designs Nano we showed you a little while ago.

There is a press release after the jump with even more details about the EV as well as Tata's other vehicles on display in Geneva, and also a live gallery from the show floor below. Mr. Ravi Kant, Vice Chairman, Tata Motors, said, "Electrification will be an integral part of our initiative to launch environment-friendly vehicles. The Indica Vista EV will be introduced in select European countries, beginning this year. We will progressively introduce electric vehicles in all relevant markets."

The Tata Nano EV offers the practicality of a real car, compromising nothing in the pursuit of providing environment-friendly personal transportation for the modern consumer.

It will seat four individuals comfortably in its spacious interiors, which the Tata Nano is known for. It will have a predicted range of up to 160 km and an acceleration of 0-60 kmph in under 10 seconds.

The company has already displayed the Tata Nano Europa at last year's Geneva Motor Show, and expects to launch it in select European countries in a couple of years. Meanwhile, in India, the Tata Nano, now being delivered to the first 100,000 chosen customers, has received rave reviews. It has won the 2010 ICOTY (Indian Car of the Year) Award, an award instituted jointly by six auto publications. It has also been individually declared as the Car of the Year by three other auto publications/television channels.

The Tata Indica Vista EV, based on the award-winning new generation Tata Indica Vista, is also a more practicable option for the consumer capable of carrying four individuals and adequate luggage space. Its super polymer lithium ion batteries provide a predicted range of up to 200 km and acceleration of 0-60 kmph in under 10 seconds.

Also on display are the Tata Aria, a mid-range Multi-Purpose Vehicle (MPV) with the all terrain assurance and premiumness of an SUV, premiered in January in India and first shown as a concept at the 75th Geneva Motor Show, and the Tata Indigo Manza, the recently launched new generation sedan.

The Tata Indigo Manza is an altogether new car with a feline aggressive appearance. A complete new body on a new platform houses an all new interior. The spacious right inclination rear seats with a centre armrest, allow one to sit back and relax, in a living room like comfort and ambience. The tilt adjustable power steering with a height adjustable driver seat allows a comfortable driving posture. The driver information system on top of the central console provides information on fuel consumption and ambient temperature, while the sporty instrument cluster shrouded in the swoop of the soft-feel dashboard completes the styling statement. A 2 DIN Music System offers connectivity with a USB port and Bluetooth connectivity through the Blue5.

Tata Motors is also displaying at Geneva this year the Tata Xenon Double Cab pick-up vehicle and the Tata Indica Vista. The Xenon Double Cab is available in Italy, Spain, Poland, Thailand, the UAE, Saudi Arabia and several countries in Africa. The Tata Indica Vista has already been launched in South Africa, and will be introduced in the company's European markets. The other new generation cars of the company on display will also be launched in international markets in a phased manner.

Tata Motors is India's largest automobile company, with consolidated revenues of $ 14 billion in 2008-09. Through subsidiaries and associate companies, Tata Motors has operations in the UK, South Korea, Thailand and Spain. Among them is Jaguar Land Rover, the business comprising the two iconic British brands. It also has an industrial joint venture with Fiat in India. With over 4 million Tata vehicles plying in India, Tata Motors is the country's market leader in commercial vehicles and among the top three in passenger vehicles. It is also the world's fourth largest truck manufacturer and the second largest bus manufacturer. Tata cars, buses and trucks are being marketed in several countries in Europe, Africa, the Middle East, South Asia, South East Asia and South America. (www.tatamotors.com )

About the 80th Geneva Motor Show

The 80th edition of the Geneva International Motor Show will run from March 4 – 14, 2010. For the press days prior to the public opening, the exhibitors will be presenting a whole host of exciting World and European Premiers. More than 60 press conferences are planned for the day of March 2nd alone.

Due to this great demand it was necessary for the organisers to arrange the conferences to take place in parallel for the first time.

The Geneva International Motor Show is one of the most attractive shows in the world and ranks among the "Top 5 Worldwide" of the most important automobile exhibitions, alongside those in Detroit, Frankfurt, Paris, and Tokyo. It is the only one in Europe which takes place every year.

On display in 1999 were the Tata Safari in Left Hand Drive, a Tata Indica also in Left Hand Drive and a Tata Safari in full rally gear and livery. This Safari was the vehicle that had been driven in the rally from London to Capetown, completing the arduous 18,000 km journey crossing over 24 countries in just 39 days. The Tata Group also availed of the opportunity to unveil the new TATA Group corporate mark internationally.

Over the next two years, the Tata stand became even more exciting with new sporty car concepts such as the Aria Roadster and the Aria Coupe making a preview in Geneva. In 2000, Tata Motors' elegant pavilion had a two-seater convertible concept car. The company used the occasion to announce the European launch of its B-segment small car, the Tata Indica.

In 2001, making their debut were a coupe and the 3-door Safari concept. Both these concepts attracted enthusiastic response from the international automotive media and auto enthusiasts alike. Built on the same platform as Tata's current large-sized 5-door 4x4 offering, the 3-door Tata Safari modification had been carried out by Heuliez of France.

In 2005, Tata Motors unveiled the Tata Crossover, a "crossover" vehicle concept, which has in 2010 been launched as the Tata Aria.

In 2006, Tata Motors, unveiled the Tata Cliffrider, a "Multi-Utility Lifestyle Vehicle" Concept. Sporting a silhouette like a high-slung sedan, the Tata Cliffrider is a dynamic package that combines lifestyle and sporty usage with the practical functionality of a pick-up truck. The Concept showcased Tata Motors' idea of how a utility product could evolve in future for the discerning customer through a truly multi-purpose, multi-terrain usage of a car.

In 2007, Tata Motors, unveiled Tata Elegante, a sedan based on an all-new platform. The Tata Elegante, larger than the current Indigo sedan, is conceptualised to incorporate 4 cylinder transverse petrol and diesel engines from 1.4 litres through to 2 litres and a compact V6 petrol power unit.

In 2008, Tata Motors showcased the Tata Nano, the People's Car at the Geneva Motor Show.

Tata Motors began exports to Europe in 1992 with the Tata Telcoline, the 1-tonne pick-up truck.

Presently, Tata Motors exports the Tata Safari Sports Utility Vehicle (recently facelifted with a more powerful Direct Injection Common Rail engine), the Tata Xenon and the Tata Indica/Indigo range of passenger cars to Italy, Spain and Poland. Each market has a widespread network of dealers for sales, service and spare parts. In Italy, the Tata Xenon is the third largest selling pick-up with a market share of 12%.

December 2014: Pour Me A Fifth Edition 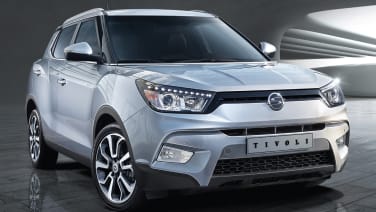 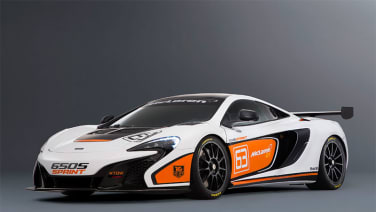 McLaren working on 650S GTR, too 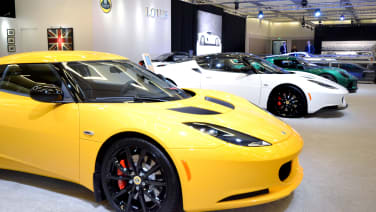 What has Lotus got in store for us in Geneva? 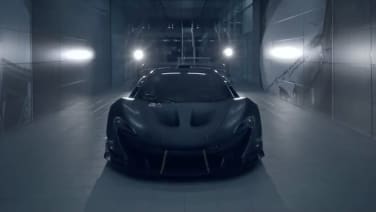 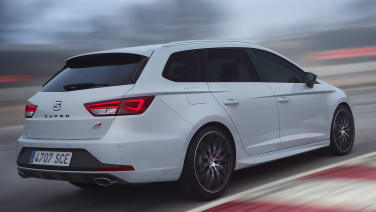 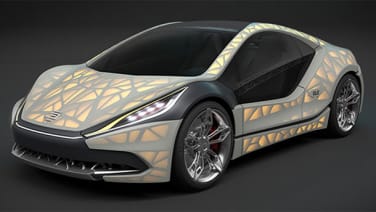 Just the right Camaro can change your lifeWatch Video

Corvette Z06 and Viper TA square off at the stripWatch Video

Please login using one of the following services:

Please select an option before voting.