Obviously, with that kind of price tag they're meant to be showcased, not stuffed in a top drawer (or anywhere else). As for the chess aspect: "Chess is something that works as the setting for a sex toy," Aruliden cofounder 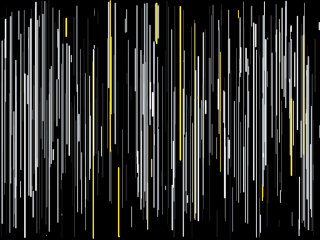 Rinat Aruh tells us. "It's a very sexy mind game." (Hence the well-known stereotype of the priapic, hot-loined chess player and the raw sensuality of a chess club meeting. Ha: we kid, we kid! We totally remember that steamy chess scene with Steve McQueen and Faye Dunaway in the original The Thomas Crown Affair.)

That brings us back to the market. The sex-shop biz is already plenty saturated, so to set itself apart, Kiki reckons it has to go completely over the top. ?Kiki is such a special brand that they had to come up with a different business plan, ?Aruh says. ?They don't want to be Philips. But they can't be just like Jimmyjane."

Are there lots of rich women who get off on fianchettoing their gold-plated bishops, so to speak? Aruh thinks so: ?The people at Kiki told us, ?If you can make it, we have the customers for it.?" She's probably right — after all, Aruliden's $4,700 ping-pong table for Puma is apparently selling well.