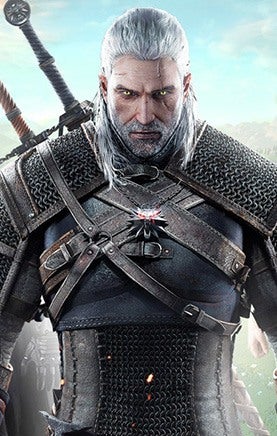 Share.
Play Dishonored and other HD titles on a Windows 8 tablet.
By Scott Lowe

After over a year of crowd-sourced development and refinement, Razer has introduced the retail incarnation of its Project Fiona Windows gaming tablet concept, and it's called the Edge. While the Edge bears many of the same qualities as its prototype predecessor, Razer has made a number of significant changes — removing the permanent side-mounted controllers and finalizing its baseline specs and software. Razer is calling the Edge the "most powerful tablet in the world" and they aren't exaggerating. The Edge will come with Intel i5 or i7 processors, discrete graphics via an Nvidia GT640 LE GPU, and up to 8GB of RAM, delivering promised performance of well over 30 frames-per-second for all current titles, such as Dishonored at 59 fps, Dirt Showdown at 41 fps, and more. 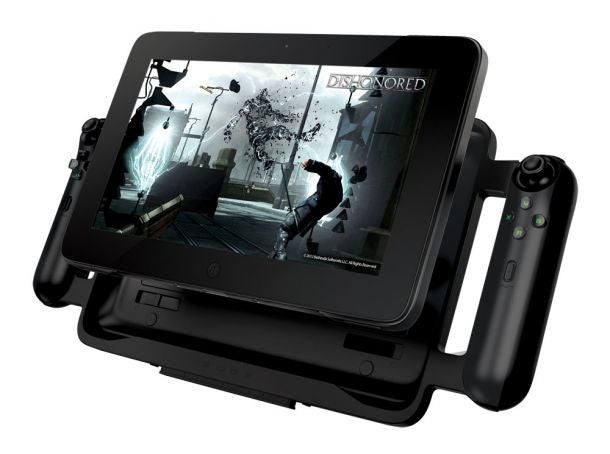 At 0.8-inches thick and weighing only 2 pounds, the Edge only makes modest gains over the iPad and Microsoft Surface in terms of size. But rather than just cramming powerful hardware into a compact form factor, Razer has taken added steps to custom-tailor the Edge toward gamers. While the side-mounted controllers are no longer permanently mounted, Razer has repurposed them as part of an optional gamepad case with rumble feedback. It's also produced a keyboard dock for MMO games and a docking station so players can prop the Edge up and use USB controllers like a console. The dock supports two USB controllers and HDMI output to a big-screen HDTV. 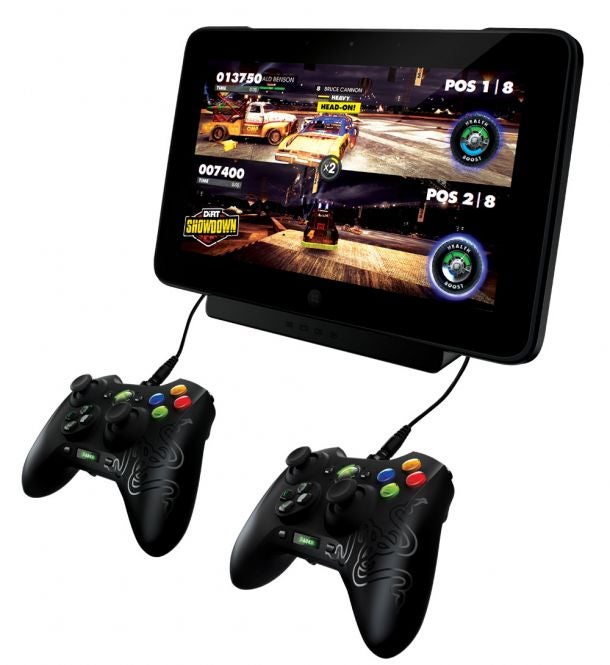 While per-model pricing is still to be revealed, Razer says that the Edge will start at $999. We'll be taking a closer look at the Edge this week at CES in Las Vegas, so stay tuned to IGN.com/CES for hands-on impressions, video, and more.

Scott Lowe is IGN's guru of Tech. He enjoys coffee, burritos, and moonlit walks. You can follow him on MyIGN Scott-IGN and on Twitter @ScottLowe. For more of the latest and greatest in technology, follow @IGNTech.

Poll: What Do You Think of Venom's New Costume?

Batman Gets Superpowers in Justice League #38

World of Warcraft Garrisons Unlikely to be in Future Expansions

What Will DirectX 12 Mean for PC, Xbox One, and Mobile Gaming?