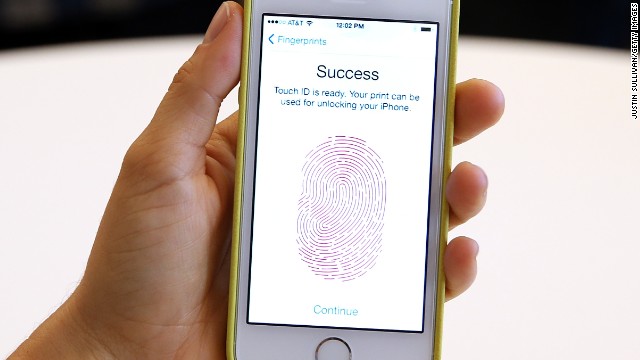 Nothing tempts hackers quite like a high-profile new target.

A website is offering a bounty of more than $16,000 in cash and other prizes for the first person to successfully hack the Touch ID fingerprint sensor on the new iPhone 5S.

The site, IsTouchIDHackedYet, was created by Nick DePetrillo, an independent computer-security researcher known for demonstrating hacks of smartphones, and Robert David Graham, owner of Errata Security, a cybersecurity firm. It invites donors to contribute to the bounty, which so far includes an assortment of cash, bitcoins (a form of digital currency), several bottles of booze and "a dirty sex book."

A successful hack of the phone had not been verified as of Monday morning, although a German hackers' group claimed over the weekend to have bypassed the biometric security of the iPhone 5S by photographing a fingerprint left on a glass surface and using the image to create a fake finger to unlock the phone. They demonstrated their exploits in this video.

"We hope that this finally puts to rest the illusions people have about fingerprint biometrics. It is plain stupid to use something that you can´t change and that you leave everywhere every day as a security token," said Frank Rieger, a spokesperson for the group, the Chaos Computer Club, in a post online.

How secure is your iPhone 5S fingerprint?

According to terms DePetrillo posted on Twitter, to collect the bounty a hacker must lift a fingerprint from the phone or elsewhere and reproduce it in such a way that will allow them to unlock an iPhone 5S in less than five tries. All the steps must be documented on video.

"The whole point of #istouchidhackedyet was to put up or shut up with regards to criticisms of Apple's Touch ID security and implementation," DePetrillo said Saturday on Twitter.

"I personally believe (for once) a company has implemented a unique feature (Touch ID) in a reasonably secure way," he added in another tweet.

DePetrillo tweeted Sunday that he had been in contact with the Chaos Computer Club and was "waiting on a complete video documentation of the process (of their hack) before declaring valid."

The iPhone 5S, which went on sale Friday, has a fingerprint sensor in its Home button for added security. Apple calls the new security system Touch ID. Phone owners must "register" their print with the device, after which they can unlock the phone by placing a finger or thumb on the button. Other users' fingerprints will not unlock the phone, which protects it from thieves.

The Touch ID system is meant for human fingerprints, of course, but it apparently works with animals, too. A Minnesota man posted a video Friday to CNN iReport that showed him using the paw of his pet Chihuahua to unlock his new iPhone.

DePetrillo and Graham are so-called "white hat" hackers who investigate and expose security holes that have yet to be plugged by makers of new computer systems. Tech companies generally appreciate being alerted to such security issues, which they can then patch before users' personal information is compromised.

Apple did not immediately respond to a request from CNN for comment.