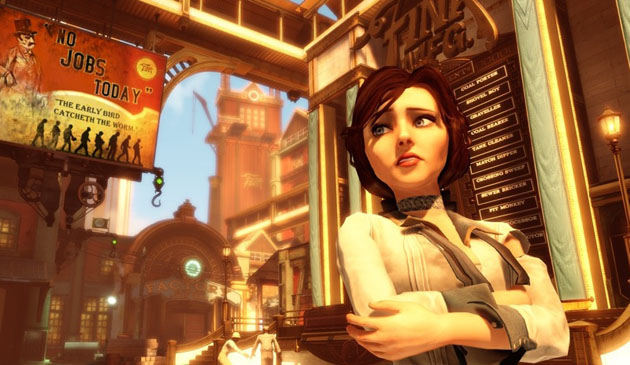 The studio responsible for both BioShock and BioShock Infinite is breaking up, according to a note from creative lead Ken Levine on the company's website. Following the final content release this past month for Irrational Games' latest work, BioShock Infinite, the company's head (Levine) and a group of "about fifteen members of the Irrational team" formed a new, dramatically smaller venture within the parent company that owns Irrational (Take-Two Interactive -- the same folks who own Grand Theft Auto-developer Rockstar Games, among others). That's from a crew of nearly 200 at the peak of Infinite's development in Summer 2012. It's not clear if Irrational will still be the name of the studio; either way, Levine said, "I am winding down Irrational Games as you know it."

Levine and his new splinter crew will focus on one goal: "To make narrative-driven games for the core gamer that are highly replayable." In that vein, he's "handing over the reins" of BioShock to Take-Two and going head down on his new, digital-only project(s). It's also likely that Levine needs extra time for his non-gaming work, such as helping pen the remake to Logan's Run.

Though BioShock 2 was developed by another Take-Two studio (2K Marin), both the original BioShock and BioShock Infinite were crafted in-house at Irrational Games; it's unclear if the franchise will continue, but we've reached out to Take-Two for comment.

Update: Take-Two told us, "At this point 2K and Take-Two are directing all inquiries to the Irrational Blog for details on today's announcement."

Update 2: More from Take-Two just came in, somewhat confirming the continuation of the BioShock franchise: "BioShock is one of our most beloved and critically acclaimed franchises, and we are indebted to Ken and the talented team at Irrational Games for their contributions to the series with BioShock and BioShock Infinite; the latter being one of the most decorated games of 2013. The BioShock universe remains a rich creative canvas for many untold stories, and we look forward to exploring the next BioShock experience."